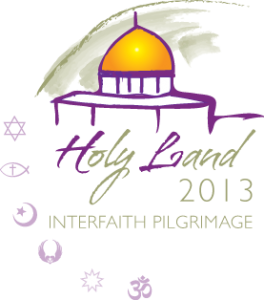 Participate in an opening prayer and blessing service to welcome joyful pilgrims of all faiths!

Enjoy dinner at the hotel.

After a traditional Israeli breakfast we’ll gather for a brief orientation—meet your brother and sister pilgrims as well as our guide, and receive important instructions regarding the pilgrimage. Depart for the northern part of the country.

Like it did for visitors to the region for over 4000 years, our journey starts at the port of Jaffa, the oldest functional seaport of the last four millenia; a city that played a very important role as a crossing between Egypt and Mesopotamia. Here, too, Jonah departed on his journey that took him into the belly of the big fish andPeter raised Tabitha from the dead.

Continue to Caesarea, visiting the beautiful restored Roman Theater. The archaeological ruins of this ancient Herodian port city were an important Byzantine center and Crusader stronghold.

Then, ascend Mount Carmel to the area where the prophet Elijah fought against the god Baal. Weather permitting, our daily prayer service will be in spectacular view of the Jezreel Valley, also known as the Valley of Armageddon.

An unforgettable evening awaits, enjoying Druze hospitality for dinner in a traditional Druze village. The Druze community is a religious minority that lives in harmony in Israel; an ethnic group known for their hospitality and warm welcome of visitors. The fascinating history of this group, its unique religion and ancient tradition of delightful hospitality allows us in to share in this special experience of their lifestyle with them.

Continue to Haifa for overnight.

Begin the day with a view from atop Mt. Carmel. Planned is a special visit to the Baha’i Gardens. Learn about the Baha’i faith—one of the first great interfaith and mystical spiritualties of modern times.

Continue to the crusader town of Akko to view the ancient sea fortifications and underground chambers.

We arrive along the lower Galilee in Nazareth, the boyhood home of Jesus, paying a visit to the Church of Annunciation and the house of the Virgin Mary. Prayer gathering planned at the synagogue where Jesus first taught on the Sabbath (Luke 4:18).

Continuing to Cana, we will have a special interfaith opportunity for couples who wish to renew their vows to do so at the site commemorating Jesus’ first miracle of turning water to wine during the marriage celebration.

Our evening finds us at Kibbutz Ginosar Guest House, on the shores of the Sea of Galilee. This lovely setting allows us to experience the tranquility of being right on the Kinneret (the Hebrew name for the Sea), and to see an established kibbutz—the kind of community that helped build modern Israel.

This day is devoted to the beautiful and sacred city of Safed, one of the Four Holy Cities according to tradition. Safed is known for its mysticism and Kabbalistic studies. This town was a center of 16th century mysticism and is still a magnet for spiritual seekers.

Many artists are drawn to the beauty and mystical atmosphere of Safed. Enjoy the special ambience of contrasts, where ancient synagogues and modern art galleries exist side by side in the narrow, winding alleys. Explore the beautiful synagogues and visit the many artists’ workshops and galleries found in the flourishing artists’ quarter. Planned is a speaker on the mystical traditions of Judaism,

Return to Kibbutz Ginosar to welcome Shabbat on the shores of the Sea of Galilee. Celebrate Kabbalat Shabbat service with Rabbi Roger Ross, the successor to Rabbi Joseph Gelberman, one of the great modern Kabblistic rabbis, and a father of the interfaith movement.Experience the mystical tradition around the arrival of the Sabbath Queen, and the tradition of “putting on the second soul” of the Sabbath. Share a traditional Shabbat dinner together.

The morning begins with our visit to the Mount of Beatitudes, the site of Jesus’ Sermon on the Mount. Here, we have a special meditation on the Beatitudes, or “Be-Attitudes” for life.

Like the fisherman of old, we cross the Sea of Galilee by boat, on the sea where Jesus walked on water. Together we enjoy a traditional St. Peter’s Fish lunch.

At Capernaum, we visit the remarkable Ancient Synagogue. Capernaum is where Jesus spent a large percentage of his public life, including at Tabgha, the traditional site of the miracle of loaves and fishes, which provides an opportunity us to reflect on the miracles and abundance in our physical and spiritual lives today.

Our day ends at Yardenit, the present-day baptismal site on the Jordan River. Teachings and reflections on the significance and origin of water rituals and baptism in our different faiths culminate in an opportunity to be immersed or baptized in the River Jordan.

On this morning following the baptismal and water consecration rituals of spiritual dedication,while we are still on the shores of the Sea of Galilee, Fr. Steven Porter offers Sunday Mass in accordance with Roman Catholic tradition.

This morning we travel along the Jordan Valley to the ancient Beit-Alpha Synagogue, with its well-preserved mosaic floor of zodiac design. We continue towards Jerusalem along the Jordan River Valley to Jericho and the Mount of Temptation.

Ascending to the Holy City of Jerusalem, we enjoy a traditional special welcome atop Mt. Scopus, taking in the panoramic view of both Old & New Jerusalem, and experience why it is called “Jerusalem of Gold.”

Our celebration of arrival at this crossroads of the spiritual world continues with our evening Interfaith Healing Service (TBA.) Healings of Body, Mind & Spirit—and a preparation for our time in the holiest precincts of our faiths.

This day brings us to the heart of our pilgrimage, at the site that is holy to all three faiths of Abraham. We begin the day with a visit to the site that is the focus of attention for Jews world over: the Kotel, or Western (Wailing) Wall. Place your written prayers in the cracks of the ancient stones that are all that remain of the great Temple, and be a part of the incredible prayer energy at the site.  Go beneath the structures for an amazing walk through the Western Wall Tunnel experiencing more than 2,000 years of history.

Emerge at the beginning of the Via Dolorosa. Walk the traditional Stations of the Cross, through narrow alleys of the souq—the oriental bazaars—to the Church of the Holy Sepulchre, the holiest Christian shrine in the world, situated on the Hill of Golgotha (skull hill), a former execution site outside the city walls. According to Christian gospels, (and compatible to archeological discoveries), this is the site of Jesus’ crucifixion, burial and resurrection.

The beautiful architecture of the Church of the Holy Sepulchre is a combination of Crusader, Byzantine and Greek structures. Five Christian communities share the Church today: Roman Catholic, Greek Orthodox, Armenian, Coptic and Syrian Orthodox, each with its own section inside the church. Experience the sacred in this place kept in a constant flow of prayer for over 1700 years.

Our morning drive takes us south through the Judean Desert to the Dead Sea – the lowest place on earth – almost 1,300 feet (400 meters) below sea level.

Float in the “unsinkable” mineral-rich Dead Sea waters. Minerals and mud from the Dead Sea are used around the world for their therapeutic value.

We ascend via cable car to Masada, the last stronghold of the Jewish Zealots in their struggle against the Romans after the fall of the Second Temple, one generation after Jesus. Experience why this stronghold in the desert, excavated in the 1960’s, holds inspiration for millions.

On our way back north, we visit Qumran, overlooking the caves where the Dead Sea Scrolls were discovered. These are the oldest copies of the Hebrew scriptures—discovered along with scrolls pertaining to the ancient community known as the Yahad, (most likely Essene). Numerous objects depict the daily life and way of thinking of the Qumran’s inhabitants, a sect devoted to austerity and purity.

Returning to Jerusalem, there is an option to attend the “Night Spectacular” Sound & Light Show at the Tower of David Fortress.

We traverse the Palm Sunday Road to the sacred site of the Garden of Gethsemane and the Church of All Nations.

Ir  David, or the City of David, perhaps “the” archeological site of the last 10 years is next; explore the passageways and tunnels from time of the King Hezekiah, ending at the Pool of Siloam, where Jesus performed the miracle of sight.

Next we ascend to the Temple Mount, revered by Jews, Christians and Muslims. Said to be Mount Moriah where Abraham offered up Isaac; it was the site of the Holy of Holies in the Temple in Jerusalem. Today, it is the site of the Al Aksa Mosque and the Dome of the Rock; the third most important site in the Muslim world, and one of the oldest existing Islamic structures. The instantly recognizable building commemorates where the prophet Mohammed ascended to heaven.

Afternoon, we visit the unforgettable Holocaust Memorial at Yad Vashem.

Early departure forthe Palestinian territory in the West Bank. We visit Bethlehem, the traditional site of the birth of Jesus. Visit the Shepherd’s Field and the Church of the Nativity in Manger Square, home also to the Mosque of Omar.

Continue through the Negev to Hebron,stopping at Rachel’s Tomb. In Hebron we visit the Ibrahimi Mosque/Tomb of the Patriarchs. Jews revere the Cave of Machpelah as the burial place of patriarchs Abraham, Isaac, Jacob, and their wives; Muslims make pilgrimages to the mosque that was built over the burial cave in the 1100s.

Farewell Dinner—possibly in the Arab town of Abu Gosh.

Day at leisure for shopping in the souq—or—an optional morning visit to the Israel Museum and the Shrine of the Book, where the Dead Sea Scrolls are housed, as well as a visit to the Scale Model of ancient Jerusalem at the time of the Second Temple.

Evening transfer to the airport with assistance in departure for the USA.

NOTE:  FROSCH TRAVEL, SANCTUARY CENTER, LLC., and the pilgrimage leaders reserve the right to make alterations to the daily schedule regarding changing of timing of group activities such as prayer gathering and services where necessary due to weather or other exigencies or opportunities.